The food industry is one of the most important business sectors of the Thai economy. This is because it is “home grown” rather than “imported”. Its long domestic value chain from farms to the food processing industry and then on to food transportation and export businesses means a large part of the value of gross exports accrued to the Thai economy come from this sector.

In the past decade or so, agriculture, the upstream industry that supplies the critical raw materials to the country’s food businesses, has accounted for only 8-10% of GDP.

However, over 30% of Thai workers have jobs in industries related to agriculture such food processing, meaning many workers’ livelihoods depend on the state of the agricultural sector.

Consequently, all past governments have made the food industry one of their priority industries. The Thai Kitchen of the World campaign in 2004 and Thailand Food Valley policy in 2012 are well-known examples. Likewise, the current government has announced Thailand will be the “trading nation” of the food industry. But what does that really mean? 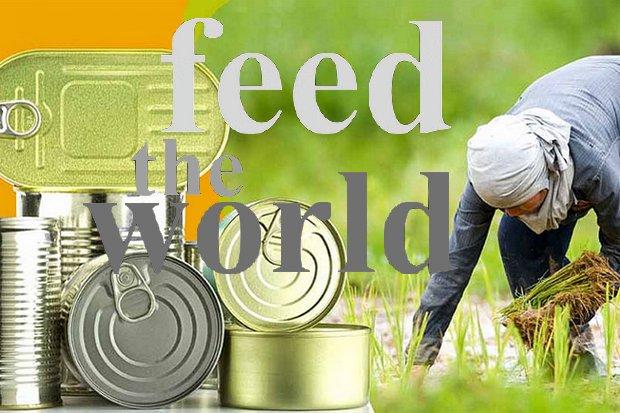 TDRI’s research for the newly established Trading Policy and Strategy Office (TPSO) under the Commerce Ministry finds there are key drivers for Thailand to achieve the goal of becoming a “trading nation” in the food industry.

First, it has to strengthen business alliances within the value chain of food production. This is because the industry faces increasing challenges with regard to the multitude of standards imposed by various importing countries be it the traceability requirement of exported food products from “farm to fork”, or the rising importance of non-SPS (Sanitary and Phytosanitary) standards such as those governing human rights and the environment. Without proper cooperation among suppliers along the supply chain, it would be difficult to meet the mentioned standards and requirements.
Second, if the Thai food sector were to go truly global, local suppliers have to develop and enhance their connectivity and adaptability to the global market.

However, as the research suggested, the major obstacles preventing Thailand from developing the two critical drivers are a lack of accurate data and information and obstructions in the flow of information between entrepreneurs in the value chain.

In the upstream agricultural sector, most farms in Thailand are extremely small as the average size of a rice field in the Central region is roughly 16 rai per household.

The same challenge also exists for food processors in the midstream and exporters in the downstream parts of the industry.

The smaller businesses often lack in-depth information on demand and supply trends in foreign markets that would help bring about well-informed business decisions with regards to the timing, the scale and the choice of alternative agricultural products that would generate the best returns.

For example, the US Department of Agriculture provides a monthly outlook on domestic and global supply and demand for major US products such as livestock and poultry, and assesses the impact on the US economy.

Of course, Thai farmers and policy-makers can get a free ride on the report published online but our export items do not necessarily match those of the US. Hence, the Thai government would have to conduct similar additional studies for agricultural products specific to Thailand such as durian.

The lack of such information may not be a problem for medium-size and large companies that are members of certain trade associations such as the Thai Food Processors Association and the Thai Frozen Foods Association, the Thai Chamber of Commerce (TCC) and the Federation of Thai Industries (FTI).

These businesses tend to have casual indepth information that can be shared among members. However, they have difficulties connecting and communicating with upstream agricultural cooperatives or farmers supplying raw materials for their factories.

As a result, Thailand’s food exports face the threat of being rejected by import countries due to the non-compliance with SPS and nonSPS standards as well as traceability.

At the same time, the lack of market information suggests Thai farmers are unable to adapt to changing product specifications demanded by manufacturers and retailers.

The limitations have long been known by the food business sector and even public agencies. According to a researcher from the Food Institute under the Industry Ministry, the data collected by the Agriculture and the Commerce ministries, especially price data and that on consumer behaviour, is insufficient to meet the institute’s needs for market intelligence.

The data focal point should be a government data committee mainly comprising the Agriculture, the Industry and the Commerce ministries. Each ministry should have a “think tank” in the area of the food industry, namely, the Office of Agricultural Economics, the Food Institute, and the TPSO.

The three think tanks should work together to reshape their database regarding product prices in foreign markets, consumer behaviour and tastes, substitute products and market trend analysis. The committee should also have private sector organisations such as the TCC, the FTI and the Thai National Shippers’ Council (TNSC) as advisory members.

These organisations can help the government ensure the data and information collected meet the actual needs of the users meaning the food businesses and the agricultural cooperatives.

It is important we treat farmers as “businessmen” by providing them with information required to make well-informed decisions rather than perpetual financial support.

Deunden Nikomborirak is research director for economic governance and Tippatrai Saelawong is a researcher at Thailand Development Research Institute (TDRI). Policy analyses from the TDRI appear in the Bangkok Post on alternate Wednesdays.