The Research Institute Network (RIN) met for its 10th anniversary in Bangkok soon after the ASEAN and East Asia Summits as the region finds itself in the most uncertain international environment since before the formation of ASEAN. In 2019, substantial progress was made in concluding the Regional Comprehensive Economic Partnership (RCEP) agreement and reinforcing ASEAN centrality. But the task remains to protect and renew multilateralism and avoid the dangerous entanglement of security and economic issues and the domination of zero-sum security policies over positive-sum economic engagement.

The economies of ASEAN and East Asia have built their prosperity and economic security by embracing openness and integrating their economies into the regional and global economies. The foundation of their successful economic transformation was confidence in the open, rules-based multilateral economic system. Commitment to multilateralism has underpinned development of the Asian economies and regional cooperation from ASEAN to APEC and the ASEAN plus regional arrangements.

The multilateral system is under threat from rising protectionism and nationalism. The multilateral economic system is in need of reform and upgrading because of the lack of coverage of agreed rules in new and emerging areas as well as core existing functions such as the dispute settlement mechanism are under threat. The directions for reforms have not reached consensus. ASEAN and East Asian economies and the
regional value chains have benefited from the rules-based economic order, most prominently the WTO, more than any other region in the world and have most to lose from a fracture of confidence in that system. Asian countries thus have a clear strategic interest in openness and multilateral rules through collective ASEAN centred leadership.

Principles of equality and equal treatment under multilateral rules have been central to managing the economic and political relationships in a diverse East Asia. Respecting equality via recognizing and promoting ASEAN centrality is essential for stability, cohesion and peace in the region. Economic and political security in Asia will be threatened with a move away from those principles towards rule by power and size.

Three related developments are causing strain on the multilateral system, entangling security with economic policies and challenging policymakers: the rise in protectionism in the United States, the rise of China, and evolution of disruptive technologies for which international rules do not exist. The United States underwrote a rules-based order over the past 70 years that helped manage risks from economic engagement and reduced the costs of national security.

Rising protectionism and the US–China technology and trade wars are the biggest threats to the multilateral trading system today. The rise of China is challenging established powers and creating new challenges for policymakers.

Transformative and disruptive technologies like 5G telecommunications and the growing importance of digital trade raise new economic opportunities and security challenges for which no clear rules exist. Multilateral rules in the WTO may cover trade in goods adequately but they are mostly non-existent for a large proportion of international commerce in the 21st century as services, investment, data flows and new forms of technology become increasingly important. The patchwork of rules
from smaller agreements leave major gaps at best and cause economic fragmentation at worst.

Although economic policy was never separate from security considerations, the strategic rivalry between China and the United States complicate international policy choices for the rest of the world as economic and security policy become more explicitly linked. The recipe for a secure country — a strong economy that’s globally integrated through trade and investment and cooperation — has not changed but economics and security are increasingly entangled in a way that is damaging to both, creating a dangerous trade-off and a negative feedback loop.

Small and medium powers in Asia are having to navigate these new challenges under increasing pressure to choose sides between powerful partner countries that are in strategic competition, and with the protection of the multilateral rules under threat. Cooperation in APEC, the G20 and other international forums is becoming much harder and the world is at risk from moving away from cooperative outcomes towards prisoners dilemma outcomes driven by unilateralism and bilateralism centred on
protectionism and raw national power.

Economic policy deployed for geopolitical purposes, sometimes called geoeconomics, can lead to outcomes that damage both economic and national security. Economic exchanges are then thought of as tools for zero-sum or negative-sum outcomes instead of creating mutually beneficial outcomes.

The strategic priorities for ASEAN and East Asian countries going forward are to double down on openness and engagement, protect the WTO and the existing rules and make progress on forging consensus on principles and rules where none exist. 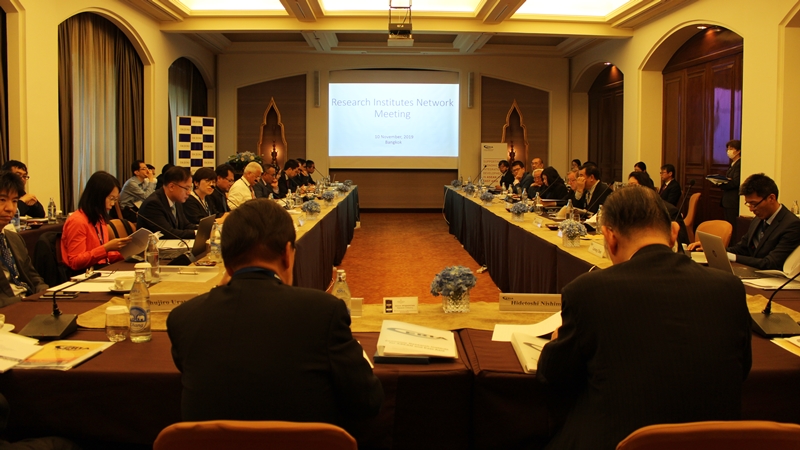 The progress towards conclusion of Regional Comprehensive Economic Partnership (RCEP) in 2020 is a major statement of Asia’s interest in multilateral solutions in the face of uncertainty and global economic headwinds that reinforces ASEAN centrality. The Comprehensive and Progressive Agreement for Trans-Pacific Partnership (CPTPP) was an earlier statement that also demonstrated collective leadership in the region.

RCEP brings more certainty in the global economy that commits East Asia to keeping markets open while markets close up in other parts of the world. Together with CPTPP, RCEP can offer the pathway to a more concrete free trade agreement for Asia and the Pacific (FTAAP). The door to RCEP can remain open to India without compromising on standards and timing, and RCEP can simultaneously look to expand membership while entrenching the economic cooperation agenda to expand the principles, rules, cooperation and reforms of the RCEP members.

Recognising the push-back against globalisation in many economies, most
prominently the United States and United Kingdom, East Asian countries need to maintain support for open economic policies via more inclusive approaches that enable better sharing the benefits of globalisation and technological change across society while investing in social safety nets. Domestic structural reforms for inclusion are a common challenge across Asia that is necessary to ensure integration-induced success, which can be encouraged through experience sharing and capacity building in regional cooperation.

Domestic structural reform and removal of non-tariff barriers are priority areas which cannot easily be achieved through negotiated outcomes. Unilateral reforms can be supported with external processes and the benefits compounded through concerted action.

Economic engagement enhances national security but inevitably involves some security risk. That risk can be mitigated through international cooperation, effectively-implemented multilateral rules and strong domestic laws. More economic engagement and integration into markets increases the costs of harmful behaviour. International rules effectively prohibit the harmful behaviour. A priority is to work towards the creation of those rules where none currently exist.

Progress on rules has been made in areas such as competition policy, e-commerce, intellectual property rights, and services in RCEP and CPTPP that should be developed and expanded. Making further inclusive progress on principles and rules in new areas, as well as existing areas like services, investment and infrastructure, where they are weak or non-existent, will help to alleviate some of the tensions and new challenges faced in international commerce.

Regional and plurilateral arrangements should be consolidated at the WTO and in multilateral agreements, just as past regional initiatives like the Information Technology Agreement and Environmental Goods Agreements were. East Asia’s pursuit of regional and plurilateral principles and rules can help avoid lose-lose outcomes that take interactions and engagement beyond bilateral interaction to those that necessarily include compromise and a broader plurality of interests help to expand the policy space and options available.

The RIN calls for ASEAN and East Asia to maintain openness and double down on collective engagement with the United States, China and all important partners, especially when they struggle to maintain openness or support for multilateralism. In our strong belief, East Asian countries will achieve their interests only when acting collectively and strategically to protect multilateralism. We encourage ASEAN and East Asia to get the balance of economics and security right in strategic policy making and work together to avoid a binary world of zerosum or negative-sum outcomes. Acting strategically and plurilaterally, beyond bilateralism, is the sensible way forward to protect regional economic integration and
give momentum to multilateralism.

RIN members can support collective ASEAN-centred leadership with research and track 1.5 and track 2 processes that forge consensus on the importance of filling gaps between existing trade rules and rapidly evolving new areas, such as e-commerce, services trade, and investment in East Asia. RIN and ERIA are uniquely placed to build the knowledge base, provide evidence and help develop new frameworks to help policymakers balance economic and security trade-offs and decisions nationally and regionally.
The Research Institute Network links ERIA to research institutes through research activities for ASEAN and East Asia. Its emphasis is on policy-relevant research. While this Statement is advocacy, it rests on the economic research of ERIA, members of RIN, and other research organizations. 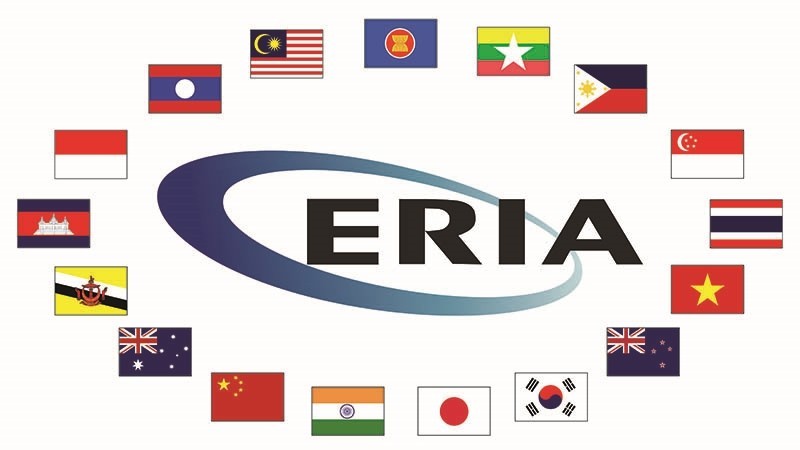