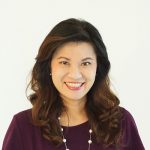 Dr Kirida had been a Senior Economist at the Macroeconomics and Fiscal Policy Management Global Practice and the Country Economist for Thailand of the World Bank Group since 1999. Dr Kirida’s work on Thailand includes monitoring and assessing Thailand’s economic developments, the investment climate, competitiveness, and the reforms in the public sector. Dr Kirida has been the main author of the World Bank’s bi-annual Thailand Economic Monitor (2003-present), the most downloaded and widely cited World Bank document on Thailand.

Dr Kirida has significant regional experience, having worked on Lao PDR, Cambodia,
and South Asia. She regularly contributed to the World Bank’s bi-annual report on economic
developments, the East Asia and the Pacific Update. In 2010, Dr Kirida spent a year at the World Bank Headquarters in Washington DC, where she worked on regional issues in East Asia and authored a paper on estimating the remittance trends in South Asia.

A recognized fixture in economic and business circles in Thailand, she appears regularly in
media and speaks at high-level forums organized by both public and private organizations in
the country and abroad.

Dr Kirida holds a Ph.D. in Economics from Cornell University through the prestigious
Anandha Mahidol Foundation Scholarship. She finished her bachelor degree in Economics
with first class honors from Thammasat University and was presented with the Rising Star Economist Award by the Thammasat Economics Association in 2010.