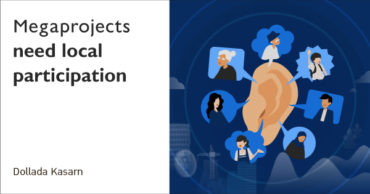 In January the Chana Rakthin Group, a grassroots movement from Chana district in Songkhla province, returned to the capital to protest against the Chana Industrial Complex Project, a few weeks after about 30 of its members – mostly women and the elderly – were arrested during protests last December. The demands of the villagers were […]