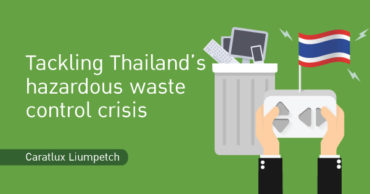 Caratlux Liumpetch Since China imposed a ban on its import at the end of last year, electronic waste (e-waste), mainly from the United States and Europe, has had to be diverted to alternative destinations. Before then, it was estimated that roughly 70% of e-waste ended up in China. A series of local news reports on […]