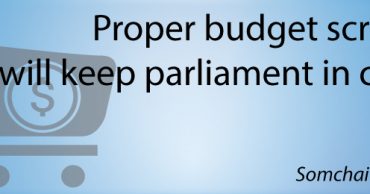 Somchai Jitsuchon There has been a lot of talk about various kinds of national reform, even before the call for “reform before election” by the People’s Democratic Reform Council. The military junta also promises to set up a “reform council” that is supposed to gather and sort out reform proposals. I also want to get […]