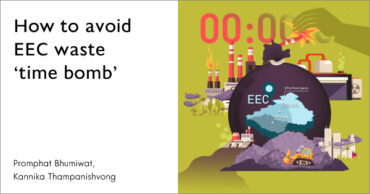 Despite the government’s bravado about the Eastern Economic Corridor (EEC) being the country’s economic powerhouse, one important question still gets an elusive answer: Has the EEC fulfilled its promise of protecting the environment? The environmental concern is valid. Take the Eastern Seaboard, for example — the location of heavy industry as well as the Map […]