By Nareerat Wiriyapong Thailand’s turbulent politics and frequent changes in transport policies have resulted in delays in rail project development, with links to serve regional integration still on the drawing board, experts say. While securing finances seems to be the biggest headache in neighbouring countries, frequent changes in government and the people in charge of […] 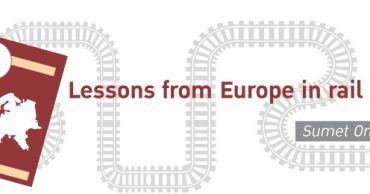 Sumet Ongkittikul The transport infrastructure investment plan that the Ministry of Transport proposed to the National Council for Peace and Order (NCPO) will play an important role in the economy for years to come. This investment plan is a reworking of the 2 trillion baht proposal offered by the previous administration, with the some adjustment […]

Thailand’s railway system needs to be reformed, as persistent administrative problems have prevented improvements for the past five years and there are no solutions in sight, said an academic with the Thailand Development Research Institute. The TDRI says the State Railway of Thailand (SRT) is sluggish with both procedures and the implementation of its regulations, […]