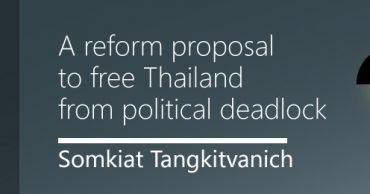 Thai politics is once again at a dead end. The Democrat Party decided to boycott the upcoming Feb 2 general election. The anti-government People’s Democratic Reform Committee (PDRC) vowed to stop it at all costs. With the Bangkok shutdown operation set to begin next week, tensions could spiral into violence. Though the government said it […]

Rejects call for executive decree; Election Commission to draw lots for party election numbers tomorrow The government yesterday turned down a suggestion by seven private-sector organisations for it to issue an executive decree to allow a political-reform council to be set up – but it looks likely to form such a body itself. Meanwhile, the […]